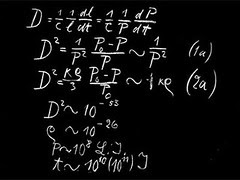 Hey there people! I've got some questions to throw at you guys so please take the time to read this whole post and respond with any thoughts you have as comments below.

So the boyz and I have been Marqui Adora in one way or another for 2.5 years now and we are still proceeding at a steady but slow pace to being big rock and roll gods that we feel certain we are destined to be. (At least we feel we should be, your milage may vary.) As it happens reality is a cruel heartless bastard when it comes to having the time and the money to ROCK and additionally ROLL.

We, like most people working in the music industry, have day jobs that take a lot of time and energy that we'd prefer to invest in our music creation and performance. We'd all love to quit these great time grabbers but we are (like most Americans) in dept to credit cards and cars and have rent to pay and food to buy.

This has caused me to try to determine the best way to use our spare time to work on new music and recordings and to promote the ones we already have. So what follows is full of capitalist ponderings and questions you might help us answer. So all you communist and socialist "do it for the love of music" types can fuck right off. We already have invested time and energy into making good music that we've played for free or worse had to lose money on. Now we'd like to do it as a profession and move beyond music being our very loud hobby.


To start with here's something I'll call Gig Math Part 1

--One burbon, One Scotch, and One Beer--

Recently we played a show in south Miami. We did it in part because we like the guy who asked us to play and liked the band we'd be playing with. We didn't do it for the money. But that doesn't mean we think of ourselves as a charity so we were playing for a set dollar amount (we'll call it X) and three pitchers of beer as well. No problems with the show. The audience was polite and attentive but I don't know if we added many more fans like Su, Joga, or Cereal Killer Steff to the pile of megafans. But you can't win 'em all I guess.

So here's the math part:
We received a cash payment=X
We drank three pitchers of Miller Lite=Y (How is American beer like sex in a canoe? It's fucking close to water!)

Sound good so far right? That's what most bands would think in our place since we did get payed and did get free beer both without any hassles.

But that's not the whole story...

--It's just a question of tiiime--

To play the show we got together 3 times for 2 hours each to practice the songs we'd play that night and tidy things up on a couple of new ones.

Loading our gear, the drive down, drinking 1st pitcher of beer, set up, play for our 30 minute set, breakdown, load out, drinking more beerz, driving back home, unloading, putting gear into playable condition adds up to 8 hours each or 32 total man hours.

So playing one show equals 56 man hours or 14 hours each spent over one weeks time. With that in mind you can see that we had the equivalent of all four of us working at a part time job for the week of that show. At a McJob that might've earned us about $75 bucks a piece or $300 dollars total which I will tell you X + Y does not equal. In fact it falls well short of that.

So far we've earned less then minimum wage. But I'm not done yet...

--I would walk five hundred miles--

Joe and I also got some large bottles of water, ice tea and redbull before and after the gig.
=W

Ashe bought some bar food and Howard grabbed a few real beerz for us after the gig.
=Z

But hey, we got free beer! Oh wait no we didn't! FUCK!

We lost money and worked for free for 56 hours (14 each) in order to have the fun of playing 30 minutes for 50-100 people who at most MIGHT remember our name and some of those that do remember our name MIGHT decide to find our music and MIGHT decide to fork over some cash for our record. (I feel I need to mention again we are capitalists and the idea of working for 56 hours to lose money is more than a little disturbing.)

First of all, hookers don't fuck for free. Hookers don't give you one for free with the thought that you'll give them a big payoff the next time. But this is exactly what clubs and other venues expect from musicians that want to perform before an audience.

"Play at this party with the 12 other bands and you will be reaching new audiences (made up mostly of the other bands)", they will tell us. "You can sell your merch!" they will offer. "Play this party with these three really good bands and you'll see a great audience response. Oh and the next one I'll be sure to pay you..." "Your set starts at 11:45 sharp, or 12:30, or 1:45AM or just before 3AM. What do you mean you've got to go to work in the morning the audience will be filling up anyminutenow!" "Sorry we've overbooked the bands so you won't have a chance to soundcheck and you need to get on and off stage in 10 minutes and only play for 20."

In the minds of the people running these clubs, you in the audience will not only spend 5-20 dollars to get into the club, you will also spend money on parking, you will pay 5-15 dollars per drink for you and your date or friends drinks, you will then be moved to reach in and fork over your remaining money to the musicians playing that night. That's what really happens right?

Call me crazy if you'd like but I think you might think of the band as the reason you already paid 5-20 dollars at the door. Like maybe they will get that money? I certainly don't blame the audience for think that, but with a few notable exceptions most clubs will be keeping that money for their own profit or to pay the guy in the DJ booth (most DJs understand that they need to get paid now and not sometime in the nonexistent future.) So the next time you are at a show remember that it is unlikely the bands are getting paid that night so if you really like what they play either buy something that night or sometime later online to show that you like what they did. (And bands stop playing for free unless you know you will have a real result from all of your hard work.)


--Ticking away the moments that make up a dull day--


Playing music is a lot of fun. Playing in a band can be fun but it's not a sure thing. It's a job. A fun job but still it is work and at times hard work. I have a bass rig that weighs about 200lbs. How often do you lift a full refrigerator onto a four foot tall stage? Would you want to do that just before and right after doing a math test in front of an audience for 45 minutes? That's what it can be like every time you play a gig. Oh and you are also hoping that none of the equipment your band has spent thousands of dollars on doesn't get stolen (most venues are in a lovely place called cracktown) or broken in the process of moving them. (Oh and the lovely smell of beer, smoke, and if you're lucky vomit won't leave your stuff and your body for a few days.)

Sorry if I got grumpy in those last sections. So far we've I've talked about what happens with a band playing gigs next time I'm going to do the more dangerous thing and start to consider the things we could've done instead of spending time and money to play a show... 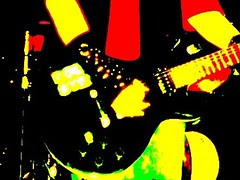 Into The Future!
Where do I begin?

Even though the Marqui Adora camp has been a little quiet as of late, I guarantee some great things in the coming months. Many new songs and ideas are in the works.
As for me, I've been keeping busy with quite a few fun projects.

First of, I've been busting my ass all week learning a bunch of songs for a special show I'm performing at this Saturday. It's definitely not what Marqui Adora fans would expect from me though. The show consists of 2 lead singers (male and female), a string quartet, drums, percussion, oboe, flute and sax. A local composer, who is showcasing his music at a private party for friends and colleagues this weekend, wrote the music. It's basically classic show tunes. It's definitely one of the weirdest and best professional experiences I've had so far. I've learned a lot and feel I've definitely become a better singer because of it.

Aside from having a hectic week with the show on Saturday, I'm also getting ready for our party "Off the Radar's" 2 Year Anniversary this Friday night @ PS14. Tigercity from NYC will be performing live along with Miami's own Modernage. We also have 2 guest DJ's joining us for the evening; Carlos Llanos and Edgar Rojas! This party promises to be amazing so if you live in the South Florida area, DON'T MISS IT!

I've also been working on some Lunabelle material that was never released and some of it was never even recorded. This one will definitely be a slow process as my main focus is on Marqui Adora, but I hope to have some things for you guys by fall.

Sunday March 4th Ray Milian and myself will be hosting and DJing a Siouxsie and the Banshees tribute in the back room at Purdy Lounge! Great Goth party to make you feel like you're back in 1995! Pull out your black eyeliner and velvet coats!

That's all I have time for right now, but I'll try to update this blog more often.
Lots more news coming up so keep your eyes and ears open.